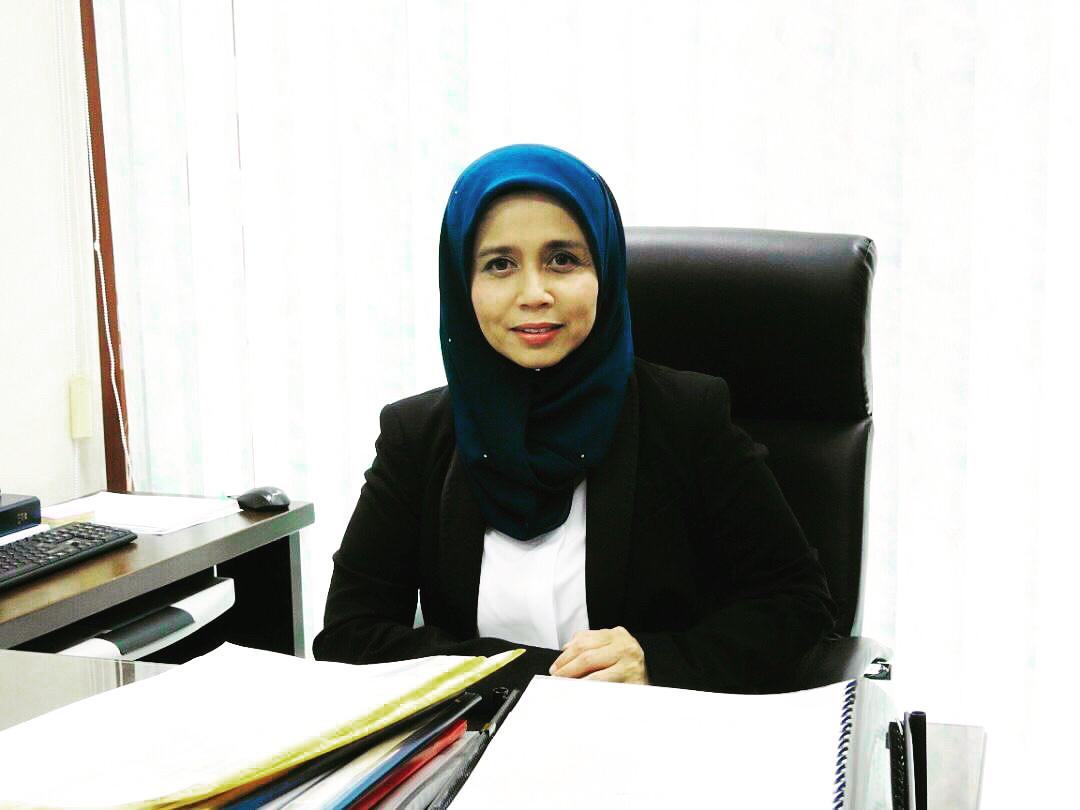 Firstly, I would like to warmly welcome all visitors to the official website of the ‘Malaysian Society of Pharmacology & Physiology (MSPP)’. This website will update you on the recent and future activities of the society. MSPP has been active since it was first formed in 1976 and it will continuously be a platform to facilitate teaching and research for all undergraduate and postgraduate students, scientists, clinicians and academicians. The society has also successfully integrated various disciplines to participate and involved heavily in many activities, which is in line with the vision of the society. At present, the committee members are obliged to stimulate and disseminate pertinent knowledge through effective and comprehensive teaching and research. To achieve this, we get together at events to share and analyze research that we performed, mentoring the young members, also bring and translate science to the public. At present, MSPP has enrolled many postgraduate students, active and life members. This society will also provide an opportunity for the young academic/researcher to flourish his/her career progression in the future. We strongly encouraged scientists, clinicians, academicians and postgraduates to join us and help us to shape the society, as what really matter is the science and what we could offer for better Malaysia.

Based in The University of Malaya, the oldest university in Malaysia, the Society has played a key role in promoting research among its members since its early days. The Society has been organizing its own Scientific Meetings as a platform for researchers to share their research findings and build networking and collaborations. The Meetings were originally held biennially. With increasing interest and support, the frequency of the Meetings was increased, and it was changed into an annual event.

To date, MSPP is proud to have organized 32 scientific meetings already, which was carried out on rotational and voluntary basis among local universities. The scientific meetings have not only attracted local participants to come and share their knowledge and findings but have also attracted many overseas participants from countries such as India, Pakistan, Iran, Iraq, Indonesia, Kuwait, Nigeria, Australia and Finland.

Members of MSPP basically work in academia, industry and also health services and consists of scientists and medically qualified personel. The society encompasses a broad spectrum of pharmacology and physiology including the basic and applied aspects of both areas. The society is not only promoting research activities but also stresses on the teaching aspect of both disciplines through a series of refresher courses conducted. 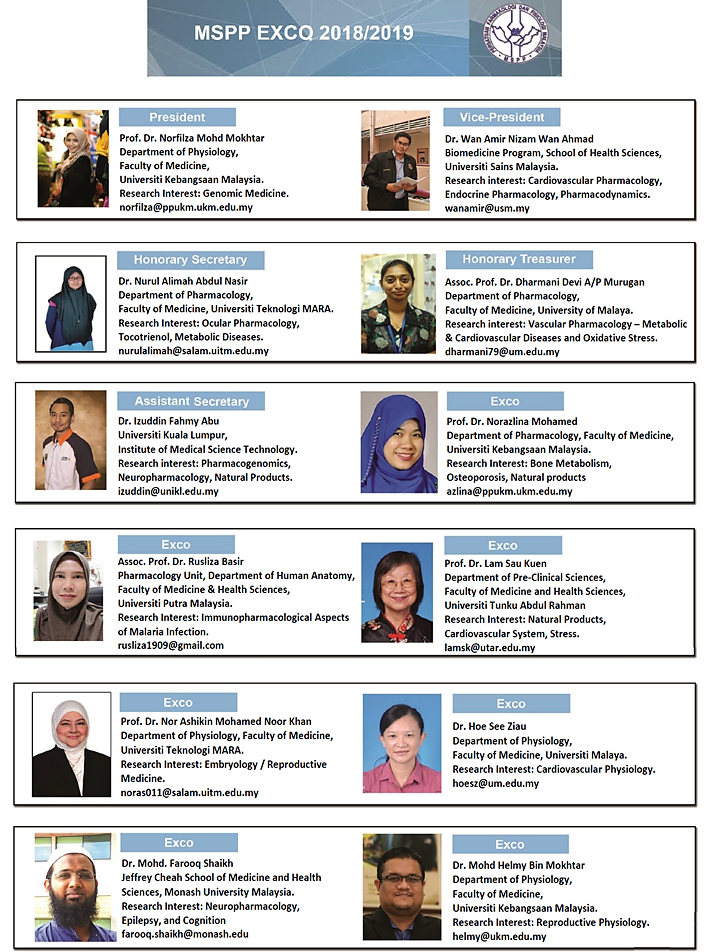 The Malaysian Society of Pharmacology and Physiology was registered in 1974. The MSPP is an affiliate of the Federation of the Asian and Oceania Physiological Societies (FAOPS).

Objectives of the Society: